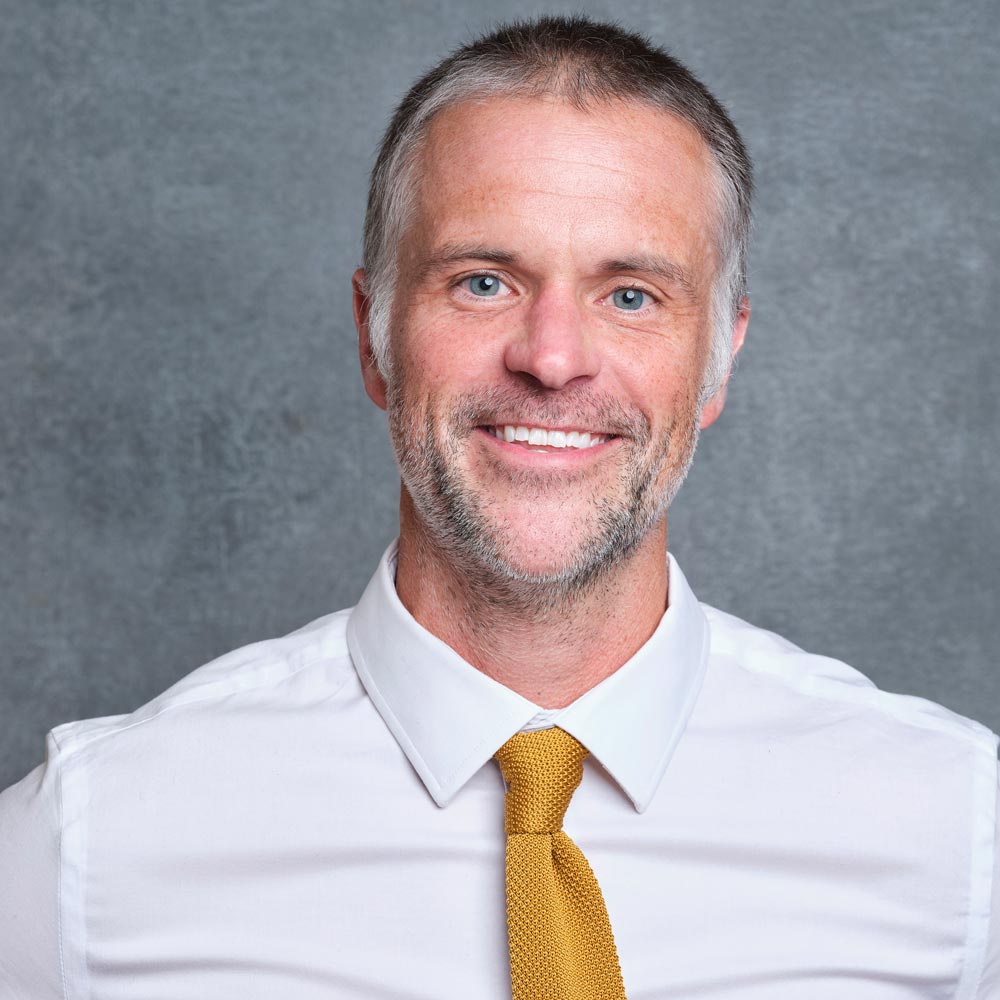 Ryan brings 16 years of experience creating admissions and advancement campaigns for colleges and universities to his role of Creative Director at RHB. After earning a B.A. from Purdue University and an M.A. from Ball State University, Ryan worked as a writer with RHB for seven years. In 2013, he joined the Indiana University Foundation’s creative team. The Boilermaker-in-Hoosier-territory spent nine years telling the IU story to help maximize private support. During his time at the Foundation, Ryan earned a certificate in Digital Marketing Strategies from Northwestern University and continued to freelance for RHB on a regular basis, eventually returning in 2022. Away from the office, Ryan can be found cheering on his daughter, Marlo, and his son, Harlan, in their various activities; maniacally following the minutiae of the NBA; oversharing obscure music, books and movies; and hanging out with his wife, Stephanie, and their clingy Mastador (part English Mastiff, part Labrador Retriever), Pearl.

Find Me On LinkedIn